It has been decided to collaborate. It appears that Yung Fleaky, a Zimbabwean hip-hop musician, would release his first kwaito (venic) mixtape this year.

Mzistozz Mfanafuthi, a 2020 Roil Award nominee and one of the top kwaito artists in the industry, is included in this production. Cliff Jeans (#Stori Yiso hitmaker) is a best-known BYO producer and artist who also serves as the song’s producer. Ziyawa is the title of the song. Kwaito Rap music is the genre, and it is available as an album or a single. Mzistozz Mfanafuthi & Cliff Jeans wrote and performed the song.

It’s not just a song, but it’s also a message and a shout-out to everyone who believes in true music. The song is about faith, hustle, money, and having lit vibes with family and friends. Of course, you can’t have a lot of money without hustling and having faith.

Following the release of this single, Yung Fleaky will release his Extended Ep Album, which will have 12 songs, as well as the music video for “Don’t Believe It.” It appears that the youngster will be releasing a lot of fantastic songs this year, so stay tuned and keep up with him on social media for more information. 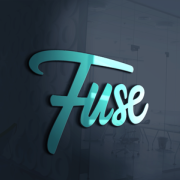