Home NEWS WORLD Vaccination is not a mark of the beast, but rather a platform...

You will be vaccinated after the rapture, whether you want it or not… “Without the mark, no one can sell or purchase.”We all understood from the beginning of the Covid19 pandemic that our lives would never be the same again, and that the vaccines and Covid19 had ulterior objectives.

The bible’s tremendous prophecy will be fulfilled shortly. If you don’t believe me, keep reading since some countries are already enforcing such laws, and we all know that South Africa is about to provide digital certificates to people who have been vaccinated… I’m not sure why, unless these will be used against us, but our government has guaranteed that they will not be, so I’m not sure what we’ll have to do.

Revelation 13:15-18 is the key Bible passage that references the “mark of the beast.” Revelation 14:9, 11, 15:2, 16:2, 19:20, and 20:4 have additional allusions. This mark serves as a seal for Antichrist’s and the false prophet’s followers (the spokesperson for the Antichrist). The second beast, the false prophet, is the one who convinces people to take the mark. The mark is literally placed in the hand or on the forehead, rather than being carried on a card. I’m curious if it will be these digital certificates that are granted.

Governor Godwin Obaseki of Edo State gave residents until the middle of September to get vaccinated or face being excluded from certain places, including banks, private functions, churches, and mosques. “With the security agencies, we have made necessary provisions to prevent anyone without a vaccination card from entering these sites,” Godwin Obaseki stated. Of course, this is Nigeria. The agency praised “the governor of Edo State’s example” in urging people to be vaccinated. However, some people flocked to the streets of Benin on Monday in protest after the governor’s statement, brandishing banners and yelling anti-vaccine chants, but I can assure you that they will lose this war.

Ondo, a state in southern Nigeria, has given inhabitants two weeks to be vaccinated.

“Proof of vaccination will be required for entrance to public places, churches, and mosques,” said Donald Ojogo, the state’s communications minister.

The nature of the mark of the beast is a point of contention among many reputable Revelation interpreters. Other ideas include an ID card, a microchip, a tattooed barcode, or just a mark that identifies someone as loyal to the Antichrist’s kingdom. This fourth viewpoint necessitates the least amount of speculation because it does not add to what the Bible already contains. To put it another way, any of these things could happen, but they’re just guesses. We shouldn’t waste too much time debating the finer points.

The meaning of 666 is also a mystery. 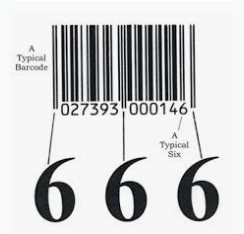 Some suspected that the date June 6, 2006—06/06/06—had something to do with it. The number 666, on the other hand, indicates a person in Revelation Chapter 13, not a date. “This necessitates wisdom,” says Revelation 13:18. If anyone has wisdom, let him compute the beast’s number, because it is the number of men. His telephone number is 666.” The number 666 will be used to identify the Antichrist in some way. For ages, Bible scholars have attempted to link the number 666 to specific people. Nothing is certain. That is why the number, according to Revelation 13:18, necessitates knowledge. It will be obvious who the Antichrist is and how the number 666 identifies him when he is revealed (2 Thessalonians 2:3-4).

The Covid-19 Vaccines do not work, according to three studies released by the CDC, the UK Government, and Oxford University

The LORD himself goes before you and will be with you; he will never leave you nor forsake you. Do not be afraid; do not be discouraged.
Deuteronomy 31:8

fuseMag - September 19, 2021
Southampton boss Ralph Hasenhuttl has questioned whether referee Jonathan Moss should have overturned a contentious penalty decision in their goalless draw at Manchester City. A...

“Just Give Them T-shirts, They Will Accept The Vaccine” — White...

Uproar over vaccine passport leads to plans for mass protests

Cristiano Ronaldo is on track to tie for the most goals...

fuseMag - September 14, 2021
Cristiano Ronaldo might equal an all-time competition record if he plays in Manchester United's match against Young Boys this evening, as the UEFA Champions...

Lukaku gets Chelsea’s CL defense up and rolling with a 1-0...

Anti-Mnangagwa demonstrations are expected to be massive

“Just Give Them T-shirts, They Will Accept The Vaccine” — White...

Bill Gates has demanded that all Covid-19 vaccines be withdrawn in...

Wake Up is a call to South Africans and the nations...

Bill Gates has demanded that all Covid-19 vaccines be withdrawn in...